Silja Klepp is a social anthropologist, now working as a human geographer, and Aletta Mondré a political scientist with a strong interest in the law of the sea. Both recent arrivals at Kiel, they say that the interdisciplinary approach they find there is already working for them as researchers engaged in generating new knowledge which can lead to valuable social innovation.

In the deep ocean, says Mondré, the legal problem is "to see what governance is possible beyond the limits of the state." Interdisciplinarity is key to her work. She points out that "scientists are steadily discovering an intersecting ecosystem" in the oceans. As a result, a legal regime that is just about minerals or about fish will not do. There need to be compatible, intersecting legal regimes for many different types of activity. This is why many of the most coherent calls for new forms of ocean governance now come from scientists.

Mondré says that the existing Law of the Sea, written in the 1970s, is still untested in many ways. It was written when concern for the environment was at a lower level than today. Green NGOs, as well as legal academics and practitioners, all agree that nobody truly knows what it means, or what would be involved in implementing it in full.

The example that Mondré is now pursuing concerns deep-sea mining of massive sulphide deposits, metal nodules and crusts. While the mining industry is excited about the prospects, which have been under discussion since the 1960s, it is still not certain that metals prices will support the massive costs of mining the deep ocean floor. As Mondré sees it, this technology raises big questions and uncertainties, especially concerning its environmental impact. But at the same time, “it is hard to tell people in Papua New Guinea to leave this resource undeveloped if it also means leaving their own people hungry.” She points out that so far, the mining companies have done ocean mining deals mainly with poorer nations which have little clout at the negotiating table. Her research studies whether adequate regulation can be produced under these conditions of inequity and uncertainty, and whether international regulation could supplement low national capacity for regulation.

Klepp’s background as a researcher is in Italy, with work on refugees and boat people in the Mediterranean Sea. But her current research centres upon Kiribati in the Pacific, an island nation of 100,000 people whose very existence is threatened by sea level rise. She explains that unlike most people threatened by rising sea levels, the people of Kiribati cannot move to another part of the country. The whole Republic is set to disappear or become uninhabitable in 30-50 years. This is a new turn in history and would have been unimaginable even a few decades ago. The solution adopted by the islanders, says Klepp, is to “migrate with dignity.” They are buying land in Fiji, which has accepted the idea of welcoming them on an emergency basis.

Klepp is using the skills of a critical social scientist to look at this unique example of climate change adaptation. This involves developing new ways of looking at climate change adaptation in the Pacific. Many such initiatives, she says, take a technocratic approach reminiscent of the development aid projects of the 1970s. They make too little use of local knowledge and can neglect traditional social structures and systems of government.

She says: “I am interested in looking at how the idea of sustainability is interpreted around the world, for example whether it leads to construction-based hard solutions or to softer approaches, and in the implications for regional and global solidarity between peoples.” Intercultural studies is already working for her as an approach to this issue. It can help western researchers to take a broad view that may help them respect traditional knowledge.

“Sustainability itself is an idea that is interpreted in different ways in different places,” says Klepp. “Issues like coastal protection will arise in many forms in the near future, and the whole subject means different things to different people” Effective solutions, she thinks, are likely to centre on solidarity between peoples and on innovative technology that respects local practices. Pacific Island identity and solidarity may offer a way through this conundrum, as may those of people in other threatened areas such as Bangladesh.

For the next phase of this work, Klepp plans a new interdisciplinary approach for the Future Ocean cluster. It will look at relations between human societies and the sea, and at the ways in which our ideas of nature and culture are produced. This will involve recruiting expertise from across Kiel and beyond.

Aletta Mondré agrees that the level of interdisciplinary research at Kiel far exceeds her previous experience. “Usually it is regarded as a success if a biologist talks to a physicist, or if someone from the politics department talks to someone from the law school. Here we mix all these disciplines.”

Mondré sees marine research in Kiel contributing both to our ideas about the oceans and to the ways in which we interact with them. She thinks that future ocean thinking may be able to avoid replicating past errors. “We have learned from the destruction of tropical forests for timber that it is possible to make mistakes that cannot be repaired. There is now widespread public interest in protecting the oceans, and it is not confined to specialist NGOs.”

One symptom of this interest is the existence of the United Nations’ ocean-oriented sustainable development goal (SDG) 14. The subject of the SDGs themselves, who frames them and how success is measured, are all fascinating to Mondré. “What gives these international processes their legitimacy and authority?” she asks. “We have no world authority to decide when fishing to feed people takes priority over protecting some rare habitat. Mankind is not going to stop using the oceans. The issue is to see what options are taken away from future generations by choices we make today.”

Like Klepp, Mondré is keen on the interdisciplinary focus of the Kiel cluster and has already worked with the group researching deep seafloor resources. She says: “This approach means that I learn about natural science. But natural scientists learn that facts don’t speak for themselves. Scientific results need to be translated to reveal what they really mean for people. What does a marine protected area mean for a local community? After all, most political decisions are the result of struggle. A community may prefer different goals from the ones identified by scientists.” 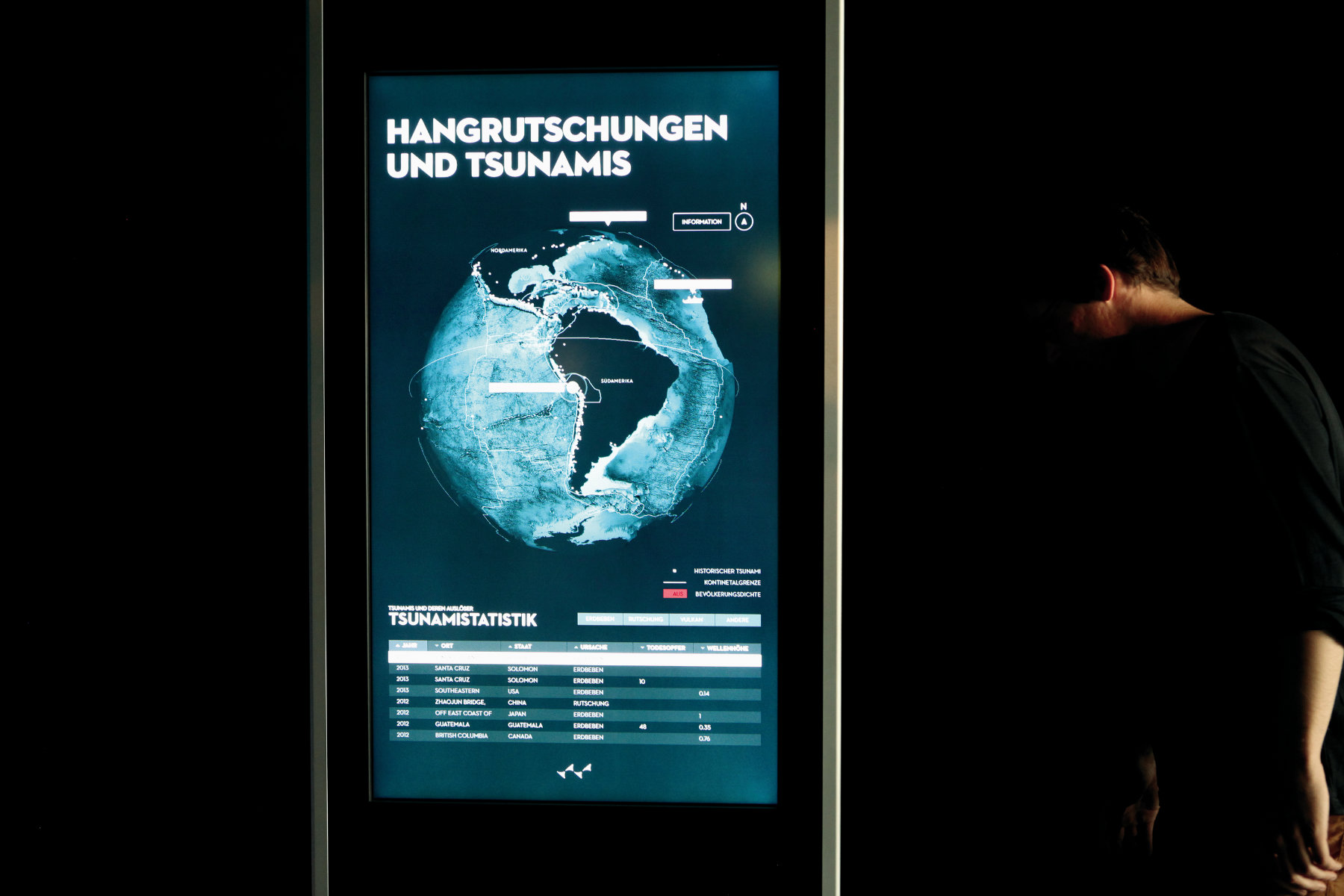