The Future Ocean Cluster of Excellence and its partners in Kiel are a globally-important centre for interdisciplinary ocean research in the full range of academic disciplines. But the Cluster has always recognised that producing new knowledge is only part of the story. The other equally important part involves communicating that knowledge, getting in dialogue with a non-scientific audience and spreading new findings to promote marine topics.

This approach addresses the classic stakeholders such as NGOs, politicians, industry and decision makers, but even more so the general public, who ultimately fund this science.

The Future Ocean recognises its responsibility to communicate both general knowledge on marine topics, and also new findings from research. It brings its insights to the public in formats that are dialogue-orientated, easy to digest, and understandable to both highly educated and less informed citizens. Children are a particular focus. "If we can't teach our research to our children, we cannot expect the general public to understand what our mission is about" says Friederike Balzereit, outreach manager from the Cluster. Science communication is therefore central to the Future Ocean's thinking and activities. Balzereit continues: "To address this priority, our science communication activities build on a global record of innovative outreach. The focus is on growing public awareness for scientifically sound solutions to real-world problems." And while the Cluster works with excellent communications specialists, this activity is not delegated exclusively to these experts. It informs the thinking of everyone in Future Ocean, including researchers, technicians and students, who are actively involved in bringing science to the public. Dialogue is the key to the whole communication strategy, which is intended to fill people with enthusiasm about the ocean and to strengthen the interface between science, policy and public to increase engagement. This means that the aim of making science understandable to those beyond the ocean community is critical.

To achieve this, the Cluster has successfully implemented a number of initiatives. Some are traditional outreach options for publicly-funded research, including a project website, a blog and school materials. But the cluster goes far beyond those activities. It has developed original concepts for science exhibitions, a full social media strategy, and a lab for school children and their teachers. It works with partner organisations to improve outreach to their stakeholder groups and in one of its latest endeavours, plans to implement a so-called Ocean Media Lab. Here the latest visualisation techniques will be used to make science education appealing for young as well as adult participants.

The Future Ocean's main presence in cyberspace is still its website. This is the first point of contact for news from Kiel's research institutes and partner organisations. It also links visitors to other activities, such as the oceanblogs platform and the cluster's social media resources. And the website does not just provide immediate news about research projects. It provides deeper information on topics such as plastics [1] and is a virtual guide to the travelling exhibition "Future Ocean Dialogue"[2] (see box).

Social media have been growing into an important piece of Kiel's online presence. By setting up the oceanblogs platform [3] to host numerous ocean-related blogs in one place, it has become possible to create stronger links between events, expeditions and research projects, while presenting visual content in line with the demands of the younger generation for science communication. This participatory activity is intended to reach new public and cross-disciplinary audiences, and includes popular Twitter and Youtube channels.

Another important part of the cluster's public communication activity is the Future Ocean Exhibition (see box). A particular strength of the exhibition is that it is brought to exactly the places where people already go for entertainment. These might include the Kiel Week, a large annual sailing fair, the celebration of German Unification, where the exhibition represents the State of Schleswig Holstein, involvement in the European Researchers Night, or simply a display in a shopping mall or at a science conference. At all these events, researchers and students answer questions, in order to improve the presentation of knowledge. They have found that people are eager to learn what marine research is all about. This is an exceptional exchange with the public, and it trains scientists to explain their research in simple terms. This concept works extremely well and is part of the reason why the exhibition is the cluster's most-requested outreach tool.

We are leaders in exploiting the potential of new technologies in science and presentation. 3D visualization, the animation of scientific data, and immersive virtual reality are all becoming practical. In Kiel, scientific groups consisting of engineers, geologists, and computer scientists are working on virtual seafloor models, constructed from actual measurement data. They aim to overcome the challenges of deep sea photography and test its application in research.

The new Kiel Ocean Media Lab (OML) will use this data to display virtual reality content in order to make scientific knowledge more accessible to the public, but also to stakeholders and decision makers. This approach will grow collaboration and exchange in ocean science, stressing scientific accuracy as a prerequisite for sustained credibility. The OML will be a science showroom for pupils, students and citizens, where artists and researchers can work on projects in scientific knowledge-building, virtual reality in Earth Sciences education, and data as an aid to interdisciplinary science.

Another example is the development of the Next Generation Interactive Scientific Poster, an award-winning technical innovation, which was developed in collaboration between a group led by Tom Duscher from the Muthesius University and researchers at Kiel University and GEOMAR. Each poster covers particular research topics, using interactive computer techniques to illustrate natural phenomena. Examples include the modelling of mass flows, or the display of large datasets, for example borehole data or data on natural disasters. Gesture-operable multimedia are used to transfer complex scientific content. Their use underlines the approach of the Muthesius University to finding artistic solutions to visual, communication and scenography questions for improved knowledge presentation.

The first digital poster explores dangers in the ocean from submarine slides, and their causes, effects and relevance for coastal communities. It won the German Design Award in 2016 as well as the Red Dot Award for industrial design. The second, on Ocean Observation, was especially designed for exhibition purposes. Both were displayed in many locations in Germany and all over Europe.

In a world where scientific evidence is threatened with being regarded as an inconvenient and avoidable truth, sound science communication is needed to keep the public informed, speak everyone's language and build strong ties between research and society. For this task it uses many channels, including social networks, blogs, podcasts, exhibitions and possibly other means such as the Future Ocean MOOC (see article on page 110)

These activities are already successful in Kiel and the state of Schleswig-Holstein. But in the long run, a worldwide ocean network involving Kiel's scientists, alumni, international partners and stakeholders, including the public and school students, needs to be established in order to make people aware how closely their fate is interlocked with understanding the ocean. The Future Ocean's science communication projects are working towards this goal. 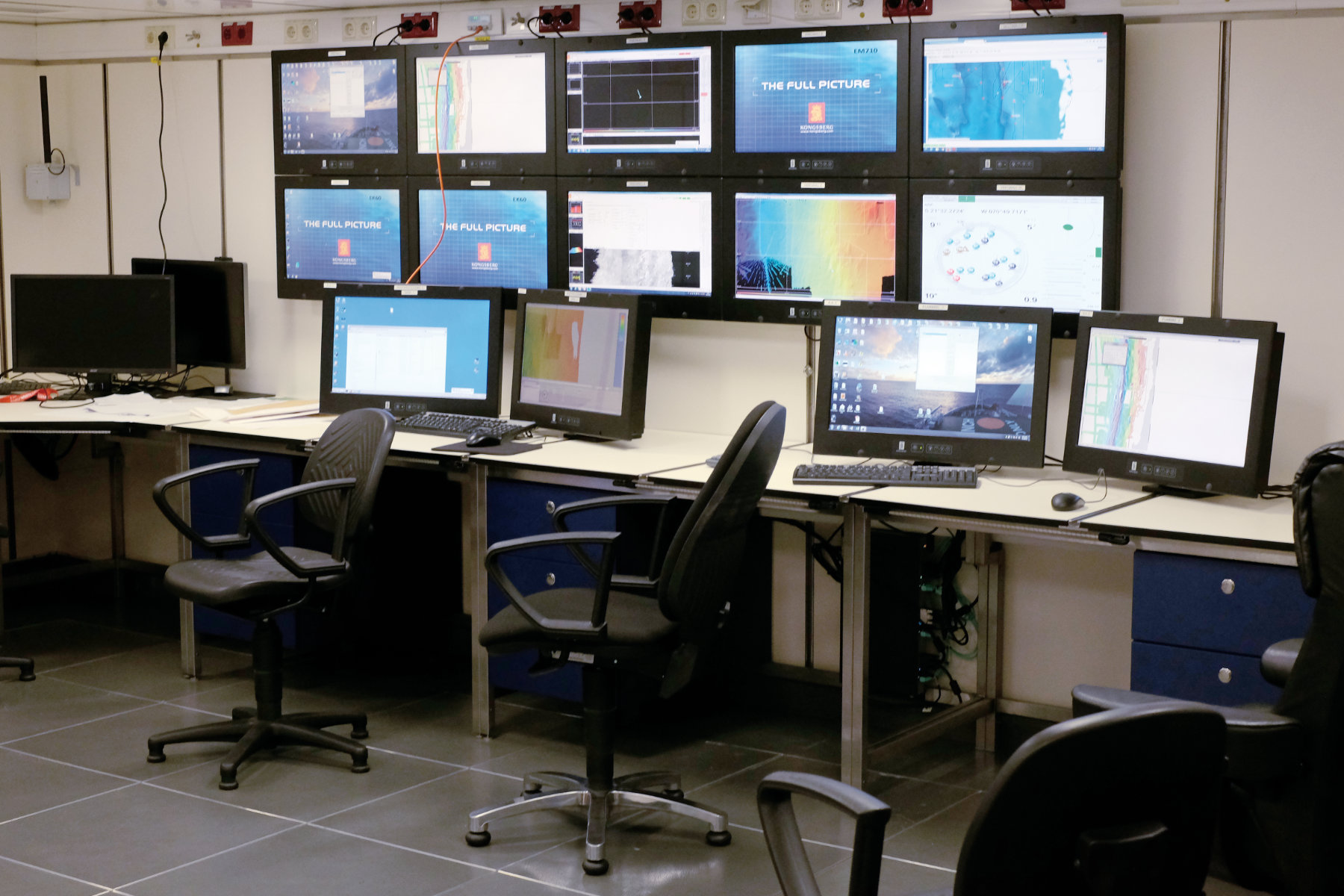 Getting a handle on marine research data 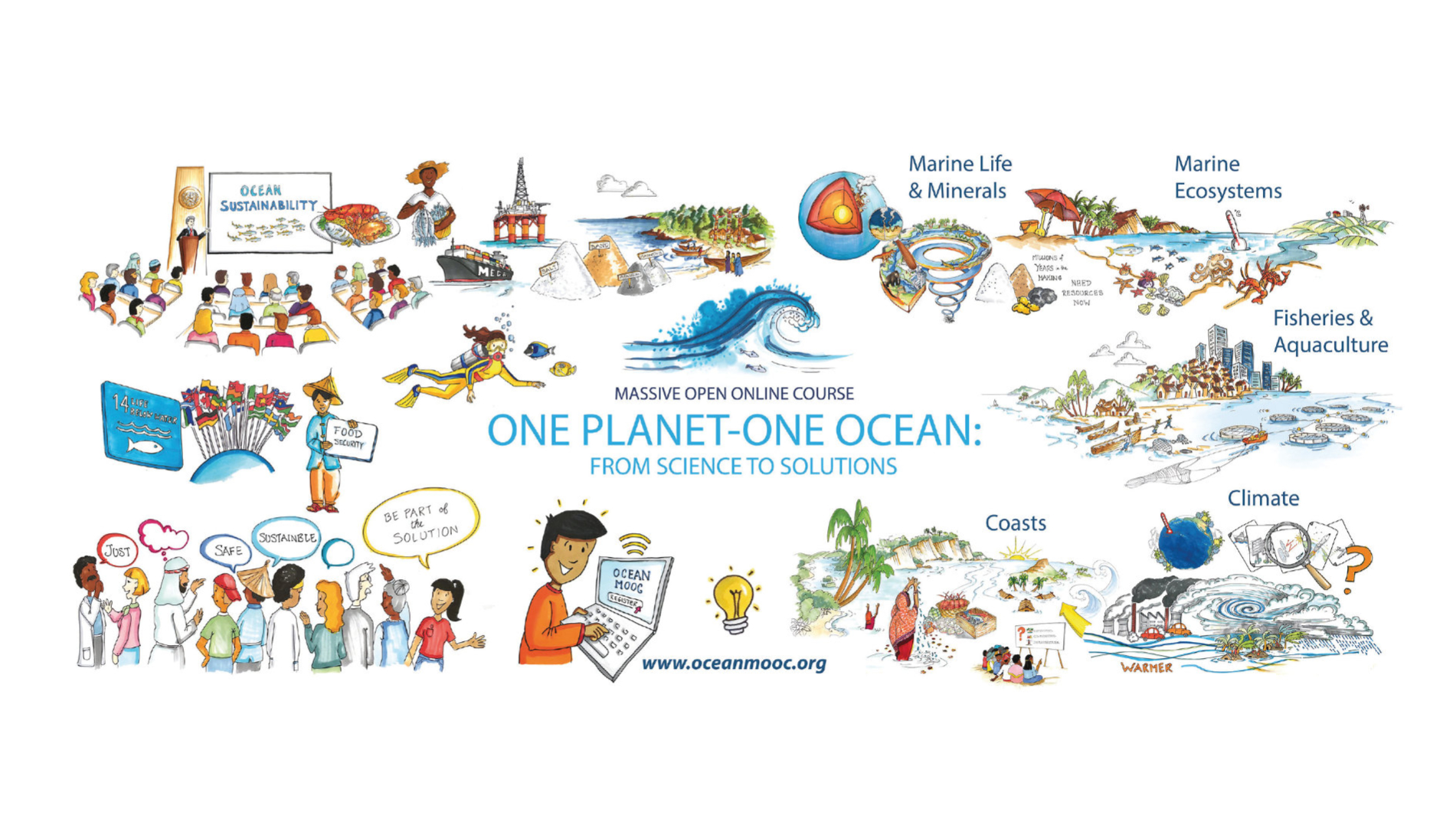 “One Planet – One Ocean: From Science to Solutions” 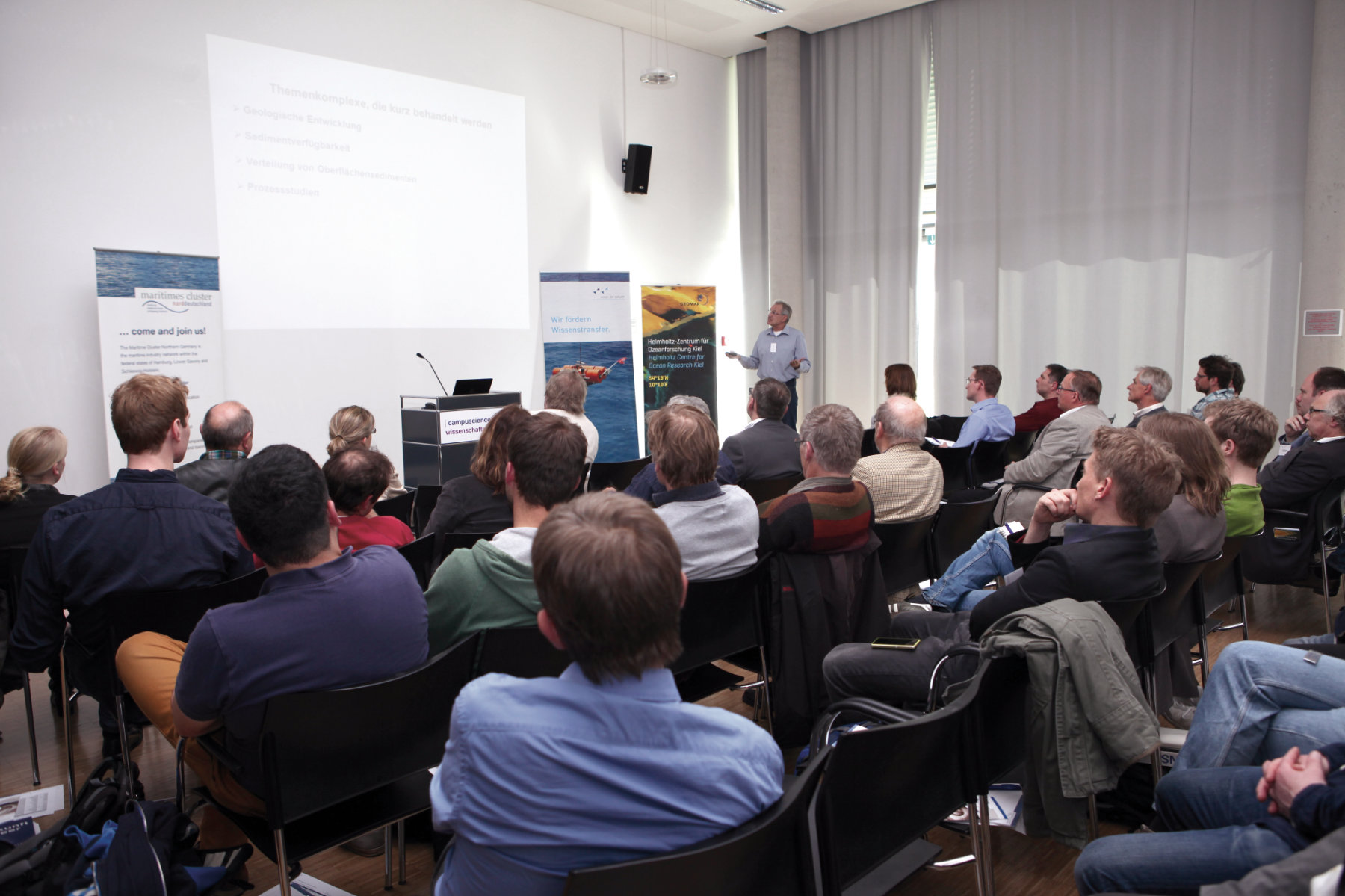